There’s a recognizable brininess to an East Coast oyster’s crisp, buttery meat. Lisa Calvo knows it well. She’s spent nearly a decade raising oysters along the sweeping tides of the Cape May Peninsula for local chefs and foodies. Generally, that customer base has grown gradually and organically. But this past year, the owner of New Jersey’s Sweet Amalia Oyster Farm says she’s seen an emergence of enthusiasm for the bivalve as gatherings have become commonplace again.

“With everyone having been at home, inspired to get closer to good food and share it with others, it’s like everyone’s turned onto oysters now,” she says. “It’s like we’re on the cusp of a renaissance, but I’m wishing I had several more thousand oysters to sell before now and Christmas… Demand is outpacing production.”

Calvo, who produces roughly 200,000 oysters each year, says she’s experienced a 50-percent increase in her direct-to-consumer and restaurant sales compared to this time last year. Since then, COVID-19 vaccines have been made available, and Thanksgiving celebrations are resuming after last year’s pandemic restrictions have lifted. To celebrate, many customers have already placed orders for bags of 100 oysters. And with a number of restaurants featuring oysters on their holiday menus, she expects a quick sell-out in the coming days.

Calvo, however, isn’t unique in her experience. Oyster farmers lining the country’s coasts say that, since this summer, the demand for oysters has been higher than usual. It’s a welcome change from the 2020 market, when shuttered raw bars and restaurants left the oyster industry reeling. 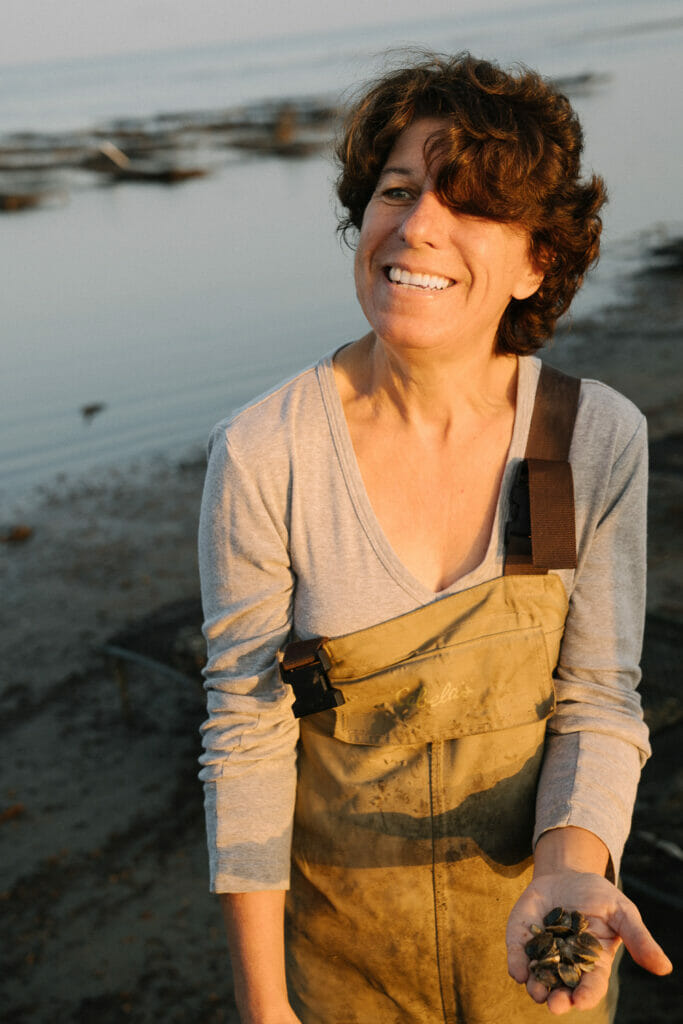 While experts in food and agriculture agree that the oyster has long been present in American food culture—including as an important ingredient in the oyster dressing recipe brought over by British colonists that settled in America—the Thanksgiving season presents a unique time to revive tradition. The occasion, they say, is an opportunity to ignite interest around the oyster as a local taste that has the ability to connect and strengthen bonds.

Paul Freedman, a history professor at Yale University and author of American Cuisine and How It Got This Way, writes about the oyster as a staple throughout history. He says its popularity and the demand for it has been in flux based on the environmental conditions of local waters and harvesting practices. What has made the oyster quintessentially American, however, is its ability to become a food source for different populations throughout history.

“Most foods tend to be either upper class or lower class,” says Freedman. “Oysters are an interesting thing… In the 19th century, they were sold all over the East Coast and West Coast and on the street for quite cheap, but at the same time they’ve also been highly prized by the upper classes as a luxury taste.”

Acknowledging the number of oyster farms popping up and the recent enthusiasm that’s ensued, Freedman says it speaks to the food’s legacy. But it’s also possible, he adds, that the oyster is starting to take up a larger space in regional and coastal identities, breathing new life into the locavore movement. 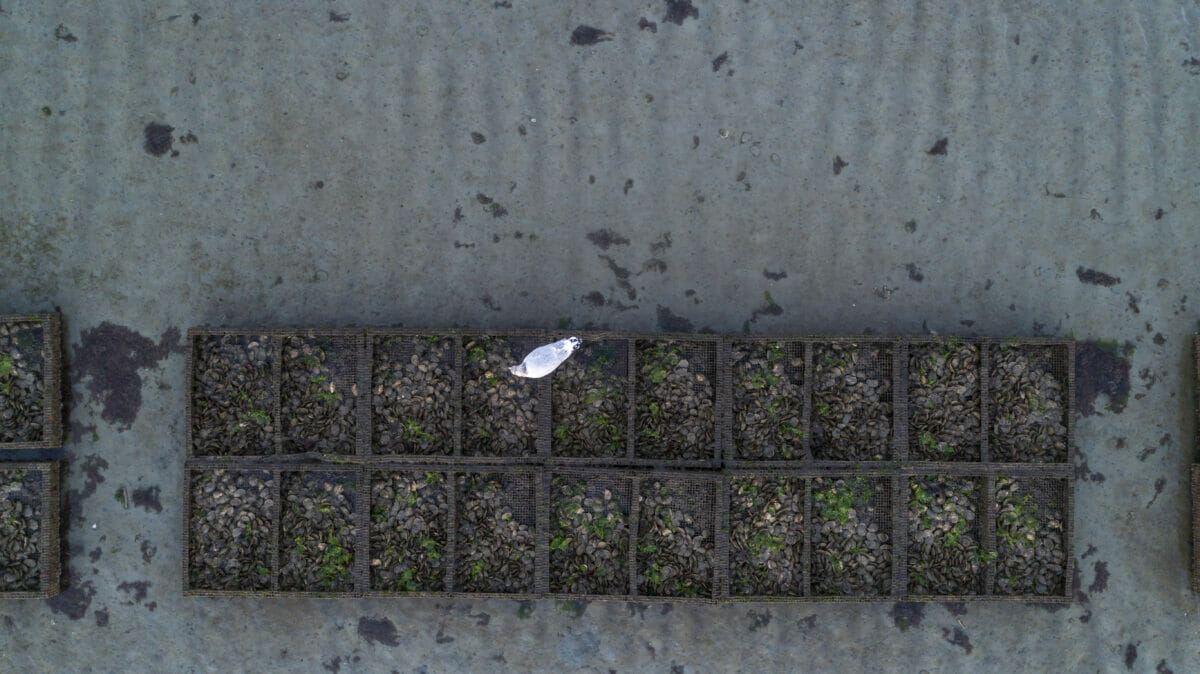 It’s a trend that Chris Sherman, president of Island Creek Oysters, says has already started to materialize at the heart of consumer attitudes. Like Calvo, he’s seeing the surge in demand, and the Massachusetts oyster farm is projecting a 20-to-30-percent increase in direct-to-consumer sales that span across all 48 states. But more than having a stake in the locavore movement, Sherman believes oysters provide an added sense of community, which has largely been absent from people’s lives during the most isolating days of the pandemic.

“Oysters are a food that, on a basic level, really has this unique ability to bring people together in a way that few other foods do,” he says, adding that it makes a lot of sense to have them this Thanksgiving. “They were always a share plate before share plates were even a thing, so I think there’s really a basic human element to that.”

Sherman acknowledges additional factors about the oyster that ground it in a sense of community. For example, he says, those who purchase oysters know they are supporting an industry that purifies coastal environments. It’s also a way to ensure that dollars stay within the regional economy.

Rowan Jacobsen, author of the The Essential Oyster, has written extensively on the American oyster landscape, providing readers with an in-depth guide to the denizens of the sea. Like Sherman, he believes oysters are at the foundation of the locavore movement, but he also referenced the food’s essential role in fueling economies on the Atlantic, Gulf and Pacific coasts for much of history.

“Generations of watermen have worked oysters in America and continue to do so. They are one of the important ways we stay connected to our coasts,” says Jacobsen, who acknowledges that oysters have played a role in inspiring people to become more interested about the food and flavors in their region. If the trend continues to grow, he says, it will only further strengthen these communities.

Whether or not the oyster renaissance is here to stay is not entirely clear. Oyster farmers like Calvo and Sherman are optimistic they’ll continue to build relationships across their customer base and experience steady growth. Because to them, the spike in demand goes beyond a desire for a luxury item; at the center of it all is a yearning to connect with others over good food around the table but also a shared interest in the environment, local food systems and a staple that has long been a part of the national culinary identity.